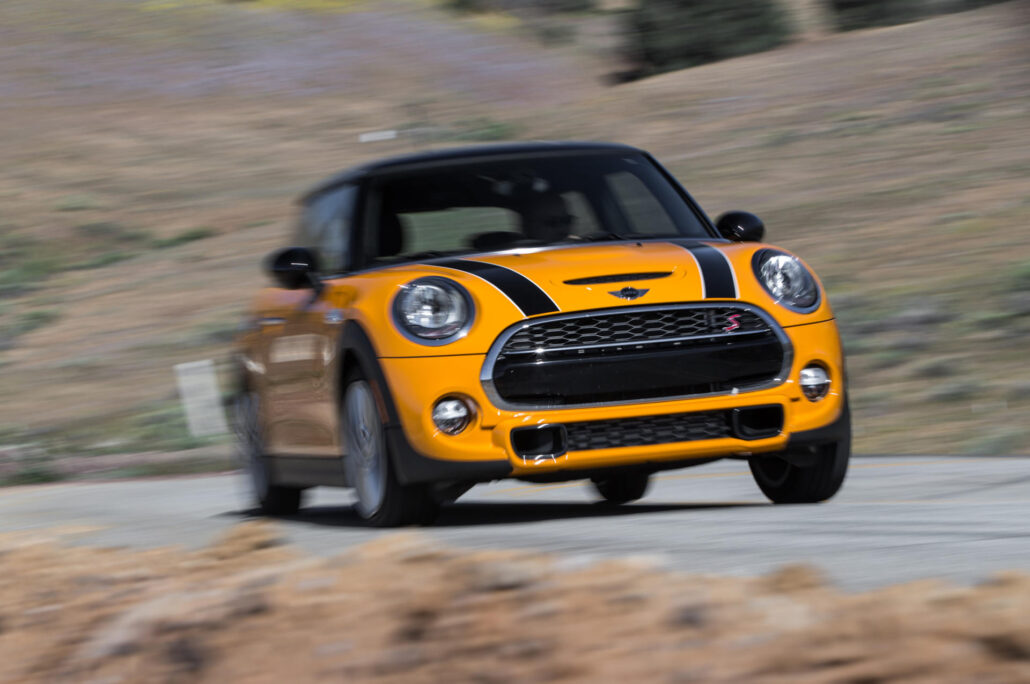 Way back in 2002, a funky little British import arrived in the US market. Featuring a pug nose and a compact body, the Mini Cooper didn’t make much of a dent its first year at dealerships, only netting parent company BWM around 25,000 in US sales. But then Mark happened. Mark Wahlberg, that is, along with Edward Norton, Charlize Theron, and the rest of the star-studded cast of the rebooted classic film, The Italian Job. At a climatic point in the film, three highly modified Mini Coopers zip through LA’s street grid with loads of gold bullion in tow. Suddenly, America was mesmerized by the Mini Cooper. While you couldn’t live the high roller life of the con artists depicted in the film, you could surely drive like them. And given the timing of the film, 18 months after 911, the escapism the Italian Job offered shell shocked, War on Terror-weary Americans, was timely. Sales of the Mini skyrocketed that summer. Since 2003, an additional 650,000 Minis have been sold in the US. I was a proud Mini owner myself (to the chagrin of my family).

Art and media influence culture, thought, and business. Write that in stone. And because art and media have so much input into who we are and what we are becoming, organizations that are attuned to the messaging of these influencers are organizations that are well positioned to sell products, provide services, create new ideas, capture the pulse of the consumer, and help those same consumers imagine a better life in the years to come. “Sounds like marketing,” you say? Well, not exactly. It’s more like deep-dive research. If you understand what influences your audience, you understand what they desire in the marketplace and what they aspire to achieve in the future.

Elon Musk knows something about the influencers. By his own admission, the Divinciesque GenXer was inspired by the novels and films of his childhood that filled his mind with fanciful possibilities for spaceflight and advanced technologies. The wonders he encountered in prose, art, and media fed his passion to create and enhance his creations. Ever wonder why Musk launched a Tesla into space or designed his Mars exploration spacecraft out of chromed steel? It’s compelling stuff to ingest for Musk’s fellow GenXers and younger generations. Once influenced, Musk is now influencing his own audience through powerful images and masterstrokes of media. Tesla is the ride of the future, no? SpaceX is the brand that will take us out of low earth orbit, right? Musk knows we’ll answer, “Yes,” because we want to be inspired. He sells inspiration.

What does this mean for you as a business leader? For starters, you need to be fully acclimated to art, media and culture. Keep your eyes on the style magazines. Open and use multiple social media accounts. Get to know the content that is being offered by streaming services. If you have teens in your home, or a host of young adults on your team in the workplace, talk with them often about the kinds of music they’re listening to these days, the videos that are trending, and the films and faces that matter to them. With this diet of images, sounds, and messages on your screen, ask yourself, “How does all this impact my work, my audience, and our common future?”

How you answer all of the above becomes your canvas.

A Vision for Women’s History Month