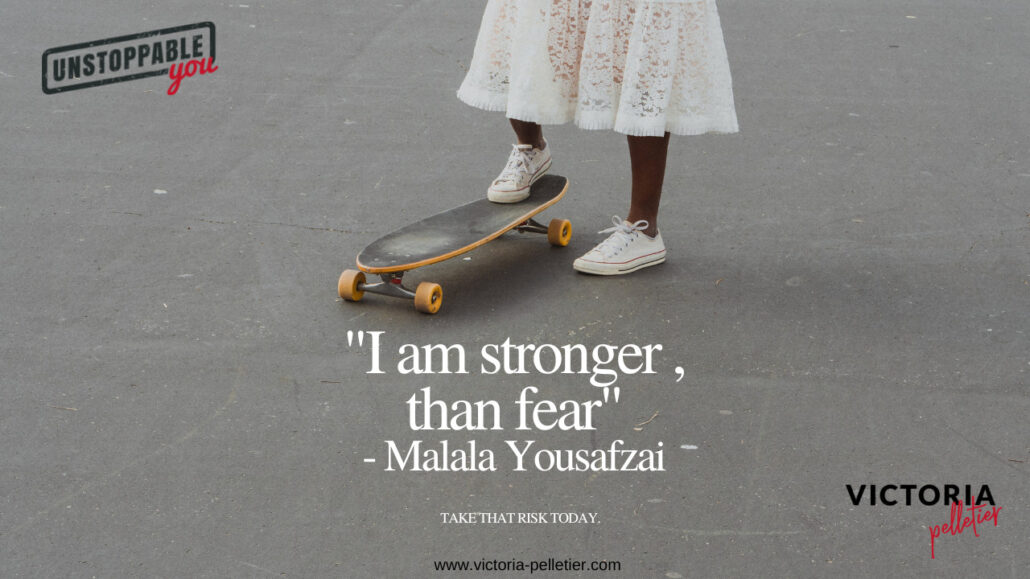 Courage is a Verb

Malala Yousafzai is a 25-year-old Pakistani woman recognized as history’s youngest winner of the Nobel Peace Prize. She received the award at the age of seventeen. Yousafzai’s activism started when she published a series of anonymous blog posts about a woman’s right to education. She was eleven at the time. As a teenager, Malala spoke openly about education, gender disparity, and the abuses of the Taliban. Rising to international fame, Malala became the target of Talibanic aggression. At 15, the young activist was gravely injured by an assassin’s bullet as she traveled to a speaking event. While her recovery lasted for more than a year, Yousafzai refused to hide or back down. Her work on behalf of silenced and abused women continues today. That’s courage.

When people throw around the word “courage,” they typically have a preferred definition in mind. The most common definition goes something like, “Courage is the absence of fear.” Related definitions add words like “bold,” “risk taking,” or “heroic” to the mix. Well, I’ve arrived at more of a statement than a definition. Courage is the conviction to declare and act upon the words “I will” when the world says, “You can’t.” And let me add this: courage is the bedrock of leadership. If there’s no courage in your tank, then you simply cannot guide the people in your circle of responsibility toward safety or transformation when the moment calls for it. So, let’s talk about how to cultivate courage.

First, take off the rose-coloured glasses. While there’s nothing wrong with being an idealist, courageous leaders balance their idealism with measurable action. Here’s what I mean. If the world says, “it’s impossible” and you have the audacity to shout, “I can do it,” then you better back up your proclamation with the execution of a plan. Courage generates deliverables. Those who opine about courage but do not produce results to back up the big talk, will quickly lose the respect of the team.

Courage does not always mean victory. Sometimes courage implies asking for help, knowing one’s limits, stepping back to reevaluate a situation, or even deferring to the vision and plan of another leader. It takes courage to say, “I can do this, but I can’t do it alone.” If you are serious about cultivating the courage within, get to know yourself. What are my strengths? Where can I build additional competencies? When and where should I ask for help? Courageous leaders know how far their skills and vision will take them. Fools think they are invincible.

I’m around talented, bright, energetic people all the time. However, if courage is missing from their repertoire, I hesitate to call them leaders. Now, some would say courage is innate, either you have courage, or you don’t. I disagree. I think courage can be contextual, that is, our experiences can build it. Malala Yousafzai, for example, grew up in a setting marked by gender bias, repression, and violence. At some point in her early life, Yousafzai’s context compelled her to act, to push beyond the oppressive systems of her world. Could her courage translate to a more democratic setting? Sure. But Yousafzai envisioned something different where the universe planted her and found measurable ways to enact her vision. What about you?

Know yourself. Don’t let the world tell you, “You can’t.” And by all means, mean what you say. Courage is a verb.

Living Generously in the Corporate World

A Free Pass or a License to Live Responsibly?